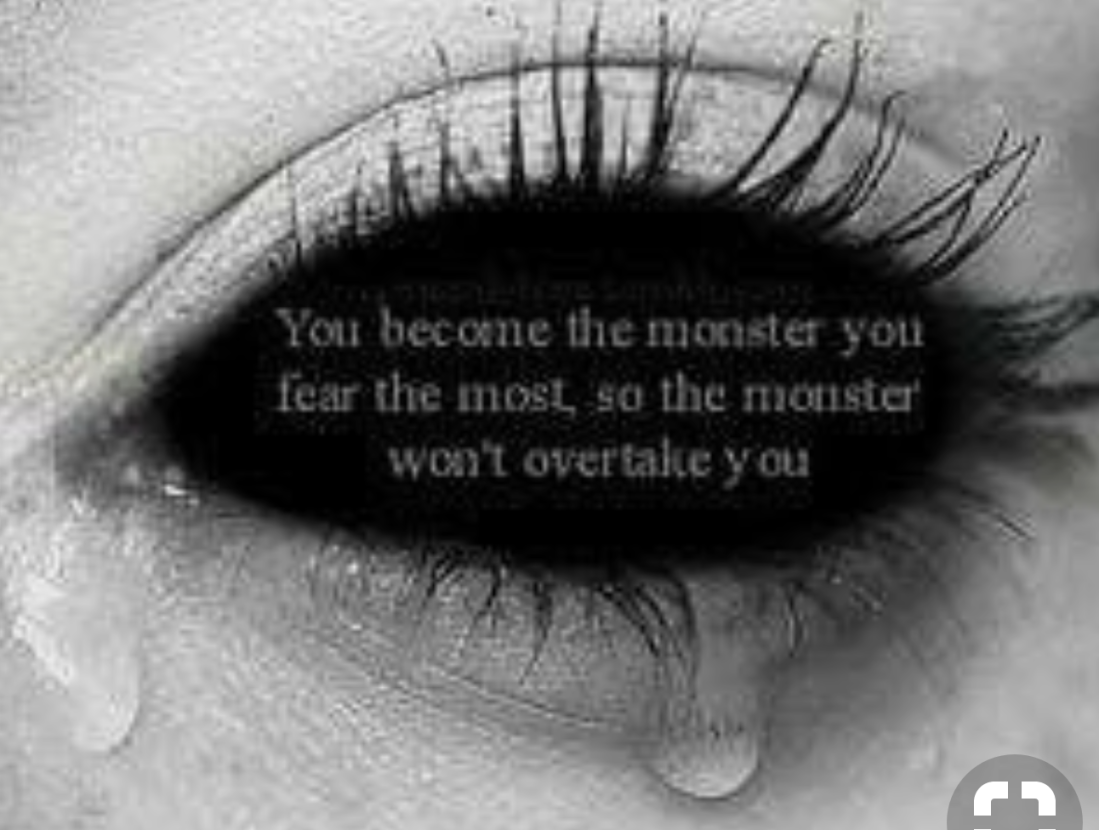 “Whoever fights monsters should see to it that in the process he does not become a monster.” -Friedrich Nietzsch

When I was young, I was bullied, severely shamed, verbally abused, and often on the receiving end of passive aggressive cruelty.

That toxic environment, coupled with my Bipolar Disorder, triggered a defensive, “chip on my shoulder” mentality as I grew into adulthood and gained a measure of personal power.

While I vowed I would never do those things to others, once I got out into the world, deep insecurities and anxieties, coupled with perceptions distorted by toxic indoctrination and Bipolar Disorder, led me to conclude that being mean was essential to survival in a hostile, dog eat dog world.

I held onto this belief for dear life AND put into practice with all the competence my training had afforded me.

I “became the monster I feared the most, so that monster wouldn’t overtake me.”

And I lived this way for a number of years. Harming people, emotionally and financially, with cruel words and actions. Strangers and those close to me alike.

When I got into spiritual Recovery, found a better way of living, and became a better person, by God’s grace and through hard work, I surveyed the wreckage of my past and set out to make amends. Which I am still doing. Years later.

Acting like a human being is SO much more rewarding than acting monstrous. Despite the risk of vulnerability in a SOMETIMES hostile world.