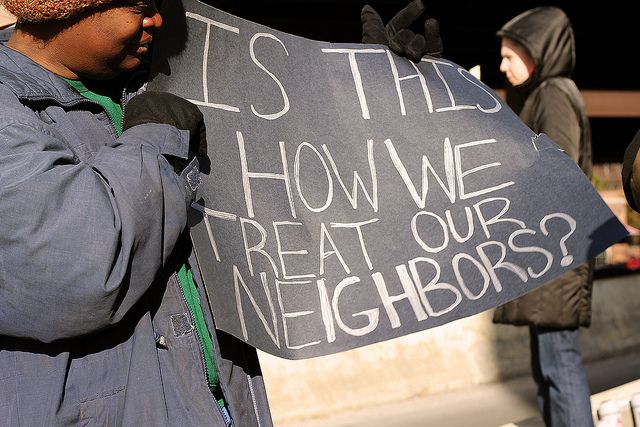 She howed up Wednesday morning to find a citation on the door that said we’re going to be fined $12,000 and have a court date because we have unhoused homeless people sleeping outside the church at night,” said Reverend Katie Grover with the Patapsco United Methodist Church.

Grover added that the men and women who sleep outside their doors do so because they have nowhere else to go and because they feel safe there.

“We feel we here as a church that it’s scriptural mandate that’s it an imperative to care for the least, the last, the lost, the poor, the hungry,” she said….

….The church is scheduled to appear in court on December 21. Reverend Grover said after speaking with the code enforcement office, if they comply with the code the fee will be dismissed, but if they’re forced to pay it then they might not be able to afford feeding the poor and there’s a chance the church would need to shut down.